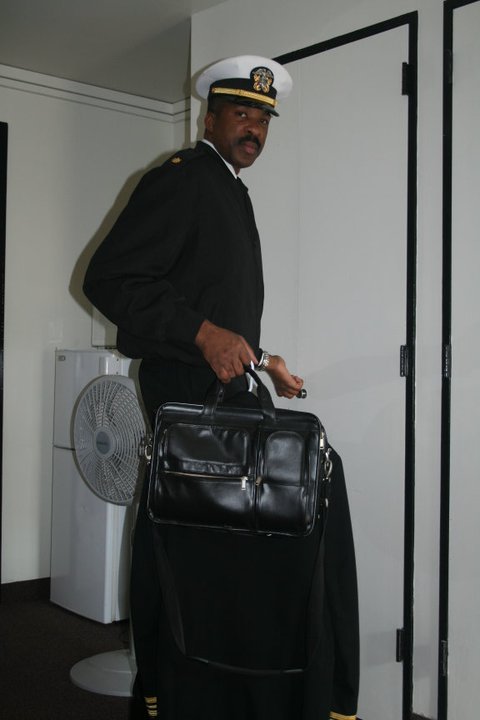 These words of Longfellow are indicative of the legacy that Michael Donovan Edwards has left behind. Born in St Andre Jamaica, Michael lived there for sixteen years before joining his mother in in the United States, where she had migrated six years earlier. They settled in East Orange New Jersey, where Michael attended and graduated in 1989 from Clifford J. Scott High School. Michael enlisted in the U.S Navy immediately following his high school graduation. His naval career took him all over the United States, where he held many prestigious positions, ultimately earning the rank of Lieutenant Commander. Education was of the utmost importance to Michael, he earned a Bachelor of Science degree in Health Care Management and went on to earn two masters in Business Administration and National Security and Strategic Studies.

While stationed in California, he met the love of his life, Carla Pinkston and the two were married in April of 1995. During their sixteen year marriage, they were blessed with two sons, Michael Jr. and Jordan. The Edwards family describes Michael Sr. as a devoted husband, father, son and brother. He is often shown in family photos lifting his sons up on his shoulders. This is symbolic of the way he lived his life, always lifting others up. Michael never allowed money to be a hindrances when caring for or helping others. He lived by the philosophy, "where there is a will there is a way."

It is this philosophy that The Lord’s Closet through the MNJ Foundation embraces as we continue his legacy. The name MNJ was originally the name Michael chose to use in his entrepreneurial endeavors to give honor to his sons Michael and Jordan. The Lord’s Closet MNJ Foundation will continue to honor his legacy by maintaining the same philosophies that governed his life.